Do exclusive truth claims cause conflict?

Some time ago, I was conversing with an agnostic who made the statement that exclusive truth claims should be avoided, because they are what causes conflict. It’s quite a common perspective that people, even Christians hold.

What it boils down to, is the importance of truth; and more importantly, how do we better understand the truth?

At some level, the agnostic and the Christian agree, at least on a practical level. Some truths are difficult to prove – even unprovable here and now. So what do we do about these truths?

One response is to refuse to discuss them. I have had a few encounters with people who, just because two conflicting views are being shared, appear to be somehow threatened by the debate. Or even worse, have expressed their view – to end with, “but everyone should respect each other’s opinions” – which normally means, everyone respecting theirs – no matter how unreasonable.

This may work (to a very limited extent) in the impersonal world of blogging and the internet, but not with real relationships. By declaring how we feel about  some topics as ‘out of bounds’ – we keep a relationship shallow. I might realise that I can’t talk about my passion for politics or religion or sport with my in laws – and be quite ok. But if I can’t discuss these things with my kids, or my best friend – then there remains some small wedge between us. It limits how much I’m willing to share. If you can’t accept the real me, then I’ll hide the real me and show only the parts you’re willing to accept.

But, In order to have true, meaningful relationships then some level of conflict is unavoidable. Avoiding disagreement does ultimately limit conflict, but at the cost of relational intimacy. You can engage in small talk at the first conversation of a future spouse but unless you talk about values, beliefs and opinions, (which you will never completely agree on) then you will have an acquaintance and not a spouse.

There are countless Christian apologists, Muslim clerics, Atheists, and Agnostic professors who have debated their intensely ‘exclusive’ truth claims, with compassion respect and care. A great example of this is the relationship that the late Christopher Hitchens and Doug Wilson shared – one of apparent mutual respect and one of  ‘in danger of becoming friends’ (Christianity Today).

What does your truth say about disagreeing?

Discussing, and disagreeing with other truth claims is what has weakened or strengthened my views about what is true. I’ve changed many a belief based on an argument used by a friend, foe or family member.

The Christian truth, as lived by Jesus, is the antidote to the violent clashing of truths that history has seen over again, by unfortunately Christians themselves sometimes – who have neglected the truth of the gospel. 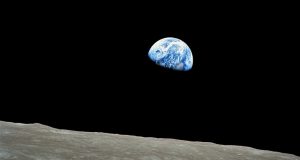 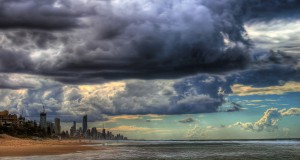 Natural Disasters and An All Powerful God