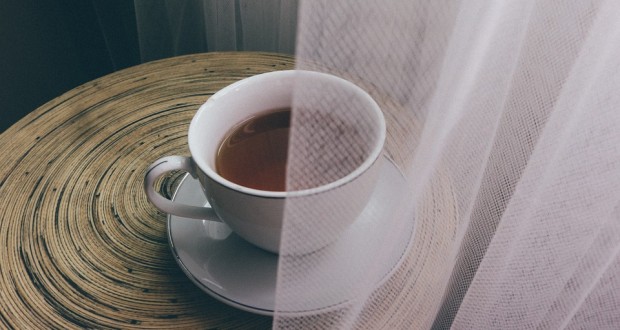 Fathers, Queens and Cups of Tea

I remember being a very young man, passionate for God. I had a call to ministry on my life, and I served and sacrificed and tried and obeyed. I obeyed God because I wanted to please God, and I thought that if I pleased him, his plan for my life would come to pass. I’ve found this to be quite a common sentiment. I remember one new years resolution that I borrowed from a friend: “This year, my goal is to make God smile.”

God isn’t pleased with you because of your obedience

The problem with my obedience, and many others, is that often times it’s a means to an end.

Obedience doesn’t get you in

Put it this way; I don’t know Princess Mary from Denmark, although I did sit next to her down in Hamelin Bay.

Her kids enjoy all the benefits of being in relationship with her – from getting her a cup of tea, to extravagant Christmas gifts, to holidays to great places. Cuddles. Hugs. Kisses. Movies together. Being heirs to the throne, and everything that entails. The sharing of fears and doubts and worries and happy times and sad times. You can’t obey your way into that. If you were to try, you would likely be thrown out; “I told my children to go take a bath – who are you? GET OUT.”

For the orphan girl, looking in and dreaming of being a part of that family – she in no position to obey. She can’t obey, even if she wants to, obedience is a privilege for her children alone. But seeing the other children make a cup of tea for their mum would make her so jealous – “if only I would be asked to make tea for her”, she might sigh wistfully to herself.  When we think about obedience in this way, the simple act of making a cup of tea is significant because it’s only something that family do. The opportunity to obey is a signal, a sign that you’re really a part of the family, that you’re now a loved one. Guests don’t get asked to make cups of tea for the owner of the house. Making tea is not something you have to do, it’s a privilege; something you get to do.

Now that we are in with God the father, we get the whole family deal. We get to make him cups of tea. So when God asks us to submit our will to his, we get to do what he asks. We get to be his kids in his family.

Even though it hurt like hell, and I did things I’m not proud of on the way; thankfully, God didn’t give me what I wanted. And I learned something very hard about myself: all my effort and sacrifices were to put God in my debt. They were, after all had been said and done, selfish efforts for me. I would do all the things that I thought God wanted me to do, so that he had to give me the things I wanted him to give me. Sure, the things were ministry things; but behind these, when I was truly honest, were my ego, my need to prove myself, my insecurities and fears. I gave everything I knew how to give to God during those years, and I left that period in my life disillusioned and hurt because God didn’t give me what I thought he owed me. This is why obedience alone isn’t enough.

Once orphans, now sons and daughters

We are more like that orphan girl than we realise. Once we stood at the window, and saw everything that being a part of His family meant… We saw the gifts, and the peace, and the belonging. But now, we don’t have to obey to make God smile. Christ did that. His perfect obedience means we are ‘In’. Without Christ’s obedience, we aren’t even in a position to obey!

Because we are ‘in’, we GET the rare privilege of obeying. If our orphan girl became adopted into Princess Mary’s family – what a delight making those cups of tea would be! And if we ever become forgetful, as children often do; and sulkily fetch the tea out of duty – what a reminder the joyous service of this orphan girl would be!

Obedience is not something we do to make God smile, but rather, something we can only do because through Christ, God is already smiling. He’s smiling at you, his tea cup is empty, and he’s waiting…