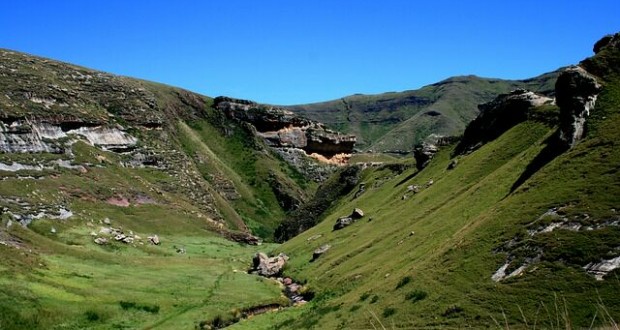 Repentance Is Not A Dirty Word

Recently, I got sued. It’s something very uncomfortable to admit. I had a third party supplier fail to deliver for a project for which I was responsible. It didn’t go to court, but lawyers got involved and we eventually agreed to a figure. It was a big figure, and it’s going to affect my family financially for years to come. So what has this got to do with good news or repentance?

Repentance is seeking forgiveness, and changing behaviour in order to repair a relationship. But well, why do we need to repent in the first place? And why to God? Well, because we sin (for the uninitiated: sin is the consequence of our self focussed lives), of course – but the effects of sin go far further than just affecting the individual and God. Sin destroys connection – between us and others, between us and God and between us and God’s world. A drunkard father obviously destroys relationship with his kids and wife – and eventually other friends and family too. His relationship with God is also affected, if there’s no repentance and change. He also abuses his connection with alcohol; which was intended to be a blessing, not a curse. In the garden, mankind ultimately traded connection and harmonious relationship for self: isolation & broken relationships.

We see a good example of this with Abram and Lot in Genesis 13. An already wealthy Abram and Lot have maxed their earning potential, (13:6) and are unable to stay together if they wish to keep on getting wealthier. When Abram breaks tradition and offers the choice of land to Lot (13:8-9), Lot chooses the best for himself (13:10-11). In a patriarchal culture, you just didn’t do that kind of thing. The eldest male in the family was to be respected, and honored. A respectful nephew would have deferred the choice, or chosen the location with the least earning potential. When Lot saw the wealth potential of the valley, he was willing to sacrifice the relationship with Abram – at the very least, he was willing to put a strain on it to get the better financial position. He should have conceded the best ground to Abram – but he snatches at it before Abram can take it away. Lot not only costs Abram financially, but also wounds the relationship he has with Abram. He chooses self: isolation and risks a broken relationship over Abraham.

Ask any victim of marital unfaithfulness, and they will tell you the kind of pain, and feelings of low self worth that this kind of rejection brings. The wounded spouse realises that they were worth very little,  their very personhood was worth less than one hot night with a work colleague; valued less than one night with another woman. Obviously felt most with the most intimate of relationships, this kind of betrayal cuts to the core of who we are as human beings. It’s the same kind of pain that we Christians often give to God. We often trade close connection to God who spoke the heavens into existence  – for material possessions, for our work, for our goals, for our entertainment. As if  he was comparable in any way to our TV watching schedule. God is fiercely jealous for our love.  Abram found that he was worth less to Lot than financial gain. But how did he respond?

With kindness and grace. Abram puts his ultimate hope and faith in connection with this mysterious God, and forgives his ungrateful nephew – absorbing the financial costs without complaint, and the relational backhand dealt to him. We see him come to Lot’s aid in Chapter 14, and rescue him. Abram refused to let his nephew’s self centered greediness destroy relationship with him, even though it would have hurt him to his core.

Abram never asked lot to repay the costs, financially or relationally, which he incurred because of Lot. In my situation, I not only paid financially, but relationally for my mistake. Having received their payment, my client understandably wants nothing to do with me. Which brings us back to the wonderful news of repentance.

…and here’s the kicker

Just like my actions (or lack of) brought financial pain to my client, our actions (or lack of) have also brought a great deal of pain to someone as well. God is the ultimate wounded party. It’s he who takes the brunt of our selfishness. But rather than take pains to recover his losses, he absorbs our debt – absorbs the relational pain dealt to him – in order that relationship might be restored. Repentance is only an option because God valued connection with us more than life itself. On the cross, Christ absorbed the pain of rejected love, rejected relationship and our infatuation with self. And he responded with kindness: an offer of relationship and connection. There can be but one response to such appalling love – to repent with joy! We are now free to lay aside our selfish pursuits in order that we might be truly connected with God, others and our world.

Ultimately, it is restored connection with God that gives us our ultimate value. He considered death on a cross, isolation and the emotional pain of our sins as NOTHING compared to the joy set before him. It’s God’s love that enables us to live our lives in such a way that we are able to absorb the relational costs that come our way, and respond with kindness and grace. When we are moved with wonder at why someone so great would risk everything for connection with us – we have both a reason and the means to do the same for others when they trade us for some worthless trinket. We can overcome the pain of rejection for our ultimate value comes from the connection we enjoy with God.