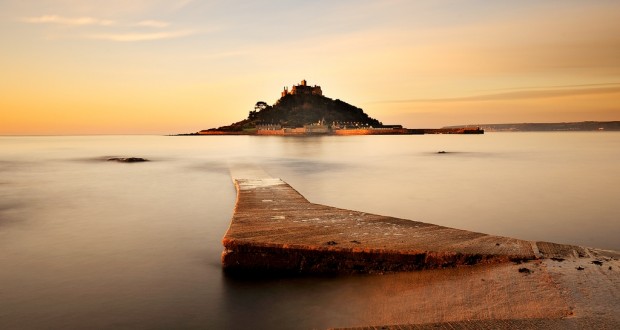 The Gospel Centred Road is Narrow!

The Kingdom road that Jesus called us to follow him down is narrow with large ditches on either side! In the world of theology, there are two equal yet opposite extremes that one can fall into to as we navigate the bibles teaching on the Kingdom of God and it’s implications for how Christians live gospel centred lives in this world.

“Kingdom now” is one ditch and “Kingdom not yet” is the other ditch we need to avoid as we seek the gospel’s radicle middle.

Both are theologically partially true, yet both make incorrect applications based on their incomplete kingdom theology.

Many in the “Kingdom Now” ditch (sometimes called ‘Charismaniacs’, the crazy uncle of the good Charismatic) are disillusioned and at worst delusional because they are expecting a 100% kingdom of heaven manifestation now in this present age. Everybody they pray for has to be healed, delivered and helped otherwise there is something ‘wrong with our faith’. They believe that all you need to do is; believe right, live right, think right and do the works right, then everything will be alright! If you took this theology and application to its logical conclusion, then all believers who “get it right” would receive their resurrection bodies now and would never die or have any suffering or tears to shed of any kind, all before Jesus returns! (Who needs Jesus anyway!?)

Many in the “Kingdom Not Yet” ditch (sometimes called ‘fundamentalist’ as they are no fun and mainly mental) are content without the Holy Spirit’s powerful ‘charismata’ or grace gifts that serve the Kingdom’s Word through a demonstration of the Works that the King did. They believe that, although Jesus demonstrated his coming Kingdom on earth with many mighty works, signs and wonders and also during the first century when the Apostles were alive to authenticate the New Testament scriptures that were in the process of being written, the miraculous power is now gone and was just for back then and there. In other words, today we should not expect to see any of the miracles that Jesus or the 1st century Church saw, as we now have the completed bible and the sole role of the church is to preach the gospel, get souls saved and see Christians grow in holiness. (Which in some circles makes you look like you have been baptised in lemon juice or sprinkled in vinegar)

Is there a way forward? This narrow, Gospel of the Kingdom road that we have been called to follow Jesus down, has been called the “Already / Not Yet” Kingdom by some scholarly types. That is, in this present age, there are two tracks that the Church runs on simultaneously, there is both battle and blessing.

We ‘already’ experience the blessings of the future kingdom that is coming, now through faith in Jesus. AND we also experience daily battle against a legally defeated foe that comes in the form of an unholy trinity: the flesh, the world and the devil. These battles and blessings will continue until the King returns to literally consummate the Kingdom of Heaven on earth and remove all sins effects, including Satan himself.

The good news of the Kingdom of God coming on earth, that Jesus announced as being near (Mark 1:14-15) is the beginning of the renewal of all creation by the re-entry of God’s ruling power through the King. That is, 2000 years ago in history, Jesus Christ’s humble incarnation, sinless obedient life, substitutional death and victorious resurrection inaugurated this much-anticipated Kingdom of God that all the Old Testament pointed towards through its promises and prophets.

Today we already have a “first fruits” of this promised Kingdom that is being made manifest in many powerful ways. The broken fabric of bodies, hearts, minds, relationships and communities are “already” being healed and re-woven together, to the degree that they receive the authority of the King, Jesus, through his Word and Spirit.

Everything that Jesus did in his earthly ministry was in fact a restoration of the original created ‘natural order’, or how things were made to be before the fall. The world we’ve always wanted. There were no lonely, lame, blind, deaf and diseased. There were no demons, depression, despair and decay. There was no famine, fires, droughts or poverty of any sort. Creation itself was perfectly in order and at peace with itself and its maker.

Everyone of Jesus’ miracles simply restored an “out-of-order creation” back to what it was supposed to be. This wasn’t so much a display of the supernatural that Jesus demonstrated to the world, as much it was a restoration of the natural order that Jesus modelled.

Jesus did all of this through the power of the Holy Spirit and this still happens today through the ministry of the Spirit as He works in and through the church, the anointed body of Christ on earth, according to His wisdom and will. The church in this present age has a “first fruits”, deposit or seal of the Holy Spirit, (Rom 8:23, Eph 1:13-14) of what is “yet to come” when the King returns and brings about the New Creation into its fullness.

This “not yet” Kingdom that is still to be consummated with the return of King Jesus, will include the FULL and FINAL removal of all sin, death, decay, disease and injustice together with satan and all his evil workers. Believers will receive glorious resurrection bodies (woohoo I hear my wife cheer) and there will be no tears in heaven as Eric Clapton rightly sang. ‘Everything sad will come untrue’ and finally all will be as it should be! Creation itself will be released from the curse and renewed into a glorious home for God and his people to dwell together for eternity. This will be the world that we have always wanted with the one true King our hearts have always longed for. (The Kingdom is not a democracy after all)

As gospel believing, sons and daughters of the Kingdom, we can already ask our Father in Heaven for a ‘first fruits’ taste of our inheritance that is to come, as we pray and work for his kingdom to come on earth now, as it is in heaven. We can’t expect the whole inheritance until our true older brother, King Jesus returns to make this world into our true home again, but we can and should expect and work towards a whole lot more than what we have had or seen already!