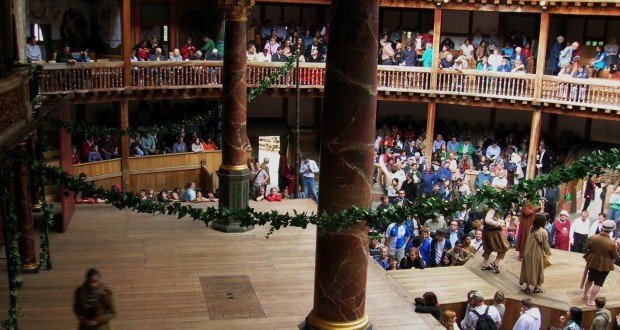 There’s nothing like the cold cup of reality thrown upon the dreams of youth. I mean, I never said it was nice – but there really is nothing like it. And unless you’re one of the few who dodged the cold, dreamed big and made it – then you’ll be in the same boat as me.

When I was 19, I had what would be for most people, a very unusual dream. I was a young man, with a burning desire to commit myself  to pastoral ministry in a large evangelical church, and I had it all figured out.  After a particularly passionate and inspiring message (encouraging us to have faith and chase our dreams) at a youth conference in Adelaide, I proclaimed to a young girl in the youth group that I, Adam Elovalis, would be back as the main speaker within five years (this was over fourteen years ago).  As A Christian, I believe that God has a perfect plan and purpose for everyone, and I was convinced that I had found mine. As this was my divinely inspired dream,  I expected miracles to happen because I had the faith for them. I expected to be promoted and to be the youngest youth pastor ever. I expected to get invitations to speak internationally. I expected to be given a staff position and rise through the ranks. Without understanding the context of such a church, you may not be able to relate to these particular dreams; but my point is that whatever the dreams of youth are – they are often larger than life. But like I said, I had a dream – a script for my life if you will, and the positivity and faith to achieve it.

The only problem was that my script wasn’t God’s. The older I become, the more often I meet people whose dreams turned out to be just that; dreams. It would seem that that Mary from the Bible was one of those people, too.

Who wrote this script?

After everything the Angel had said to Mary, about being the mother of the son of God, in Luke 1:26-38 – there was little to suggest what kind of life there would be. Stables and donkeys and food troughs were not the first ideas that sprung to mind. And who would come and worship this King? Surely not the socially outcast; simple shepherds. And running for their lives to Egypt? Seriously. Who wrote this script?

When they had gone, an angel of the Lord appeared to Joseph in a dream. “Get up,” he said, “take the child and his mother and escape to Egypt. Stay there until I tell you, for Herod is going to search for the child to kill him.”

So he got up, took the child and his mother during the night and left for Egypt, where he stayed until the death of Herod. And so was fulfilled what the Lord had said through the prophet: “Out of Egypt I called my son.”

Mary’s dream of being a mother and a part of God’s plan would not have looked anything like the reality she found herself living. Perhaps she wrly smiled at our friend; that ice cold cup of reality. She may have day dreamed about prestige and power and position and privilege; the exalted position as the mother of God? We can only speculate; but a little like us,  Mary would have had an idea of what obeying God, following his call, and living her dream would look like. And perhaps a lot like me, It was completely wrong.

When hit with that wakeful splash of reality, my dream died a painful death of disappointment, bitterness and anger. And although I, for many years, blamed others (my church) for this death. However, truth be told – there was really only one person to blame. The script writer.

Stop trying to write your own script

You see, a large part of what I thought was God’s plan for me, a driving part of my dream; was my ego. I wanted success for me. Reflecting back, I have reluctantly surmised that rather than placing my hope in Christ – I had placed it in what Christ could do for me. My sacrifices were for not so much for the dream laid out in God’s script as they were for the dream in my own.

When we write our own scripts, we immediately turn the story inwards onto us.  We just can’t help ourselves. Even our best, most noble deeds steal the story away from what it could have been. Benvolio rises up and takes centre stage from Romeo – and suddenly an epic love story becomes a ‘could have been’. Beauty and love, passion and desire; perhaps the greatest love story ever told – cut short by a refusal to give up the main role.

Mary’s script gave way to God’s, and there is not much to suggest how hard that struggle was for her. But I know how hard it was for God to pry my script out of my fingers. It took a long time to trust that not being the hero in the story was so vitally important. To accept that I could be OK without the success I thought I needed. That success and being the centre of the story is not what makes me who I am. I don’t have to do, I can just be.

In God’s script of epic, cosmic importance; we are not the hero. I was the villain, albeit playing a very minor role.  While I was trying to steal the show, tying to make it all about me and be the hero; the true and better hero was plotting a desperate rescue mission. To save me from my need to succeed, to have centre stage. To save us all. This is the gospel story, the narrative that we find ourselves written into. Will we allow the hero to save us? Will we demand centre stage? Or will we play the role that the script-writer has given to us  – and accept its importance in the face of a world that tells us, “It’s what we do that really matters…”? Will we ever be OK to just be – knowing that our worth, and status, value and future are already secured?

I know that the script writer has a part for me to play, and I’m learning to be content with that. I’m loving my small, homemade church, where I play my part, and even get to preach. It really is such a privelige to be able to play my part in such a community as the one I find myself in. My dreams, it turns out, after initially appearing to have collapsed in on me, crushing me with bitterness and disillusionment; have instead started to slowly collapse out, and becoming what they were truly meant to be. Dreams less about self. Helen Keller, who was born both blind and deaf –  puts it like this; “There is joy in self-forgetfulness. So I try to make the light in others’ eyes my sun, the music in others’ ears my symphony, the smile on others’ lips my happiness.”

This gospel script we’re a part of; when we stop and read it; it’s just better written. Even the minor characters seem truly alive, not greyed out two dimensional figures just filling in the gaps – but in full colour and full of life.  The plot twists and turns and builds…  I can’t wait to find out how it ends.

I’ve heard that the finale is going to be quite spectacular.