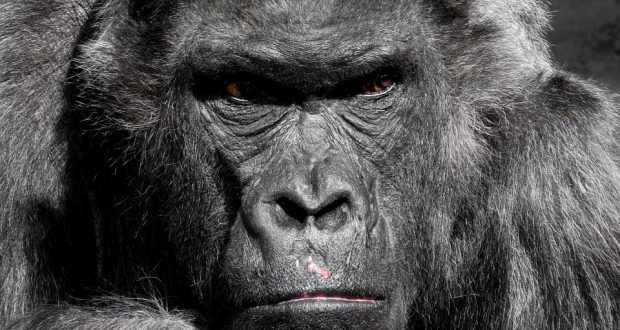 Outrage Grows After Gorilla Harambe Shot Dead to Save Child

Harambe and Our Culture of Shame

I think a lot of people view the idea of shame in terms of the Disney classic – Mulan. We loved that dragon Mushi, and we’re sure we know how shame works. I do something wrong, and I bring shame upon my whole family. Something right and; “you’ll bring honour to us all”, or so the song goes. We think it’s stuff for simpler, or less-modern cultures. 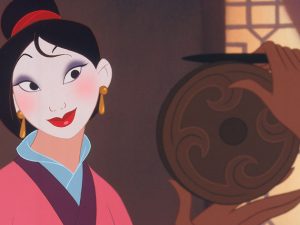 Mulan is the man. Sort of.

But our shame-culture is endemic, it just doesn’t use the words. We’re too western for that; too “refined” or “sophisticated”. We feel too good, we’ve got positive psychology and we’ve learned not to feel guilty about things anymore. But it would seem that shame festers and thrives; stubborn and resilient.

If you’ve not heard the seemingly global media storm surrounding the death of Harambe, a critically endangered Silverback Gorilla at Cincinnati zoo, who was shot due to a young child getting into the enclosure with him;  I won’t shame you. But you’ve probably been living under a rock. The internet vultures circle – blaming the mother or blaming the zoo. Social media arguments (I know, it’s hard to believe) and frenzied keyboard activism ensues. Human nature wants to lay the blame somewhere; just as long as it is somewhere else.

But when we try to lay the blame, who should get it?

Online commentators pause to heap shame onto this mother, in particular. They feel that she is deserving of carrying the collective guilt of every party. The entire guilt of the collective errors of human kind in this matter, now rest firmly on her shoulders.

“Shame on her” The digital crowds type with venom; “They should have shot the mother” some laugh. Someone should pay for the evil that has been done here. “Crucify her.”

But this mother isn’t the only one; our shame culture is rampant. We shame mothers for breast feeding; and those who ask them to cover up. Many of us shame homosexuals; and others shame the homophobes. We shame single mums, working too hard mums and stay at home dads. We shame refugees, immigrants and those who fear them. We shame Muslims, the mentally ill, left-wing voters and those on the right. We are shaming our fellow neighbours; our daughters and our sons. Our sisters and our brothers.

The weight of shame

Perhaps, we do these things: heaping shame and judgement; because we hope to alleviate our own guilt and collective shame. Maybe we crave that momentary surge of moral superiority in order to dull our own shame for a while.

Shame destroys people. Many attempted and actual suicides occurred after internet bullies and trolls have targeted an individual. Even individuals like news presenter Charmaine Dragun, used to the scrutiny of public life, were not immune. We were not meant to carry the weight of the shame we bear, let alone that which is thrown at us by others. It crushes our souls.

But there was one, a blameless one; who, rather than rejecting the blame unfairly laid at his feet stooped and picked it up, embracing our collective human shame. Someone who willingly paid for the evil that been done. One who did no wrong, familiar with the angry cries of the crowd directed toward him. “Crucify him”. The only one who was morally superior, gave up his right to throw stones. And on the cross, the full weight of our shame destroyed him. It crushed him, instead of crushing us.

Hope for both the shamed and the shamer

For those who put their hope and trust in Christ, there is relief from our shame epidemic. “So those who are believers in Christ Jesus can no longer be condemned.” it says in Romans 8:1. Christ has taken our shame, and his “honour” passes to us all. This is the wonderful gospel that we brew… the wonder of forgiveness. The glory of grace. We are now free to take responsibility apart from shame, and to be compassionate towards those who have brought shame on themselves.

In a culture which struggles to process guilt and shame, and who have rejected the Christ of Christianity as out of date and irrelevant, the relevance of the Christian message of forgiveness and freedom from shame, to my eyes, has never been clearer or more needed.