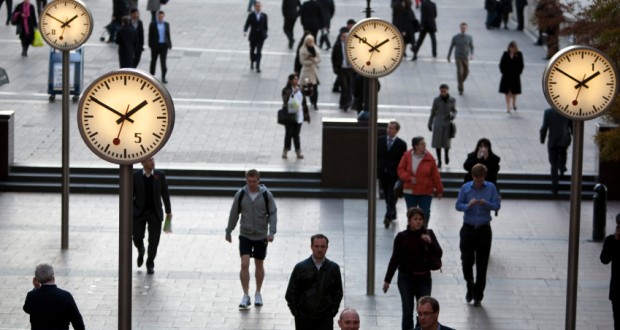 The Importance of Being Evil…

A pastor I know once told the congregation that she doesn’t like the phrase “I’m a sinner saved by grace”, because we are no longer sinners – we are saints, and we need to have a higher view of ourselves! This really got me thinking… And I remembered a friend of mine from before I met Jesus.

He was loyal to a fault, and would stick by you till the end, support and be there for you. But he also grew, smoked and sold marijuana, stole from his grandmother, vandalised public property, had a bad anger problem, had a nasty streak, would shoot his dog with his BB gun and have some interesting ideas about those with a different racial heritage than himself.

When I met Jesus, I made some changes to my life. I stopped vandalising and breaking the law (except for the occasional burnout), I stopped drinking, going to nightclubs and pubs, stopped watching some TV shows, replaced my non Christian music with Christian and stopped spending time with my “bad” friend. I loved Jesus and wanted to do the right thing, and tried to figure out what exactly that meant.

The problem was that I assumed that I was now a good person. I had become just like the pharisees of old – righteous, yes, but why? Because of my choices, because of me.

After all, I’d made all these (what I thought) good decisions and church taught me that because I believed – I was now seen as perfect in God’s eyes, I was his child and his son and essentially a good person, (by faith of course!). I became increasingly self righteous, arrogant, looking down on others, comparing myself – all because I was now a good person.

“for the intention of man’s heart is evil from his youth” Genesis 8:21

“But to him who believes… [sic] his faith is reckoned as righteousness” Rom 4:5

If we as Christians see ourselves as just good people – because of faith and their good choices, then naturally we see everyone else as bad people – because of their lack of faith, and their bad choices. We pridefully look down on these bad people, judging them, trying to ‘save them’, comparing ourselves to the bad people and feeling better about who we are; because deep down we know the depravity that lurks beneath our white washed exteriors. We know the thoughts of lust, pride, greed, hatred and jealousy that no matter how much we try, we are unable to make them go away. No matter how many decisions we make, there are some things that we cannot change – which was why we needed a saviour to begin with.

…We live the roller-coaster of feeling worthless and condemned when we fail and our evil hearts are exposed – followed by pride and self righteousness when we succeed.

If we preach ONLY ‘our position in Christ’ without preaching ‘A sinner saved by grace’ then we learn to perform, we learn to judge and our hearts become hard and calloused or we live the roller-coaster of feeling worthless and condemned when we fail and our evil hearts are exposed – followed by pride and self righteousness when we succeed.

When I accepted that I was evil by my very nature – but saved by God’s grace; I suddenly found that I didn’t need to perform any more. Everyone is capable of making good decisions, but we are all incapable of getting rid of the evil in our hearts. I didn’t look down on non-Christians because upon reflection, my heart was so far from where Jesus was that I honestly believed, like Paul, that I was the chief amongst sinners. Anything good in me (or others), was put there by God – and so how blessed am I? I have a greater compassion for my brothers and sisters who fall and make moral errors – for who am I to judge? Now when I receive praise, It’s easier to stay humble (I was very good at faking it!) because I look at my heart’s response to that praise and see how corrupt I really am. For me, it was a glorious sunrise from the long dark night.

Now, of course we have lots of good in us! Christian and non – we are made in God’s image, and even though we are fallen, we retain our creator and father’s DNA. But, A drop of dye in a pure glass of water, taints the pure; and so it is true of us. We need to preach both of these seemingly paradoxical truths for us live as Christ would have us live – humble, upright lives.

We live in a society that doesn’t believe that we have a problem with evil. But we as the church need to understand the freedom that comes from understanding both our inherent goodness, and our capacity for evil – and our need for a saviour.