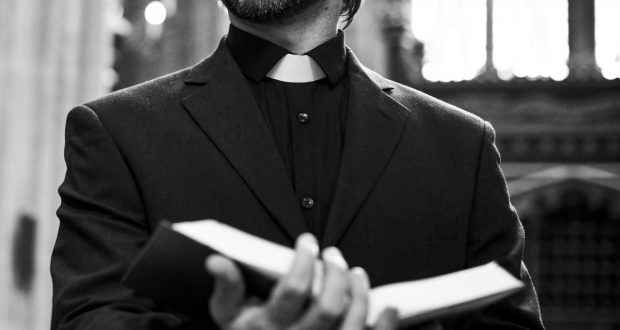 Have you heard? I’ve decided to ‘go pro’. Not in golf, but in religion. Yeah. The church.

Of all the good ideas I’ve had, being ordained as a minister is not one of them. I mean look at the church. Catholic clergy and congregations alike are reeling over the extent of sexual abuse allegations – against children of all people. If it comes up in conversation, you receive some very interesting looks from people. Sometimes it looks like they’ve smelt something rotten, other times they look bemused. According to recent trust indexes, people trust lawyers more than religious ministers. In fact, religious ministers are closer in trust levels to used-car salesmen than nurses and doctors. And to be honest, with some of my experiences, I don’t blame them. Church can be a messy place, even at the best of times.

On the 17th of March, in just under two weeks, I’ll not be donning any special robes, or conducting any special liturgies. I’ll stand up and have two ministers I greatly respect, simply pray for me and my family, and be officially ordained as a minister of the gospel, according to the rules our denomination (Church of the Nations) has set forth. And then have a big potjie lunch – South African style with my my families and friends.

There was a time where I wanted nothing else than to become a minister. I was awed both by God and the world surrounding the large evangelical church I was apart of. If I’m truly honest, there was a part of me that wanted the rockstar treatment that young preachers often receive in that particular style of church. Along with all the ideas of serving God and piety – there were the ones surrounding platforms and position and influence. Thank God I didn’t get what I wanted, then.

And now, if I’m honest, there’s a reluctance in me to do this. I love my small, close-knit church family. I’m happy contributing as I do, without a title, and without the pressure. In a sense, nothing changes. I do what I’ve done for a while, speak occasionally. Lead the congregation in song. Be available to help people who need it, and organise some of the practical aspects of running a small church. But in another sense, everything changes. Simple, our church and ceremony might be, but there’s no changing the weight of it. 2000 years of weight and responsibility. To lead the church, do right by it’s people, and live for God – are all well and good for Christians to talk about, but another thing entirely to stand up and do. It’s slightly daunting and to be honest, there’s a part of me that would just rather not. But God, it seems has other ideas, and even though its sobering, I’m looking forwards to taking up this new mantle of responsibility. Like I said, this isn’t one of my ideas.

It’s humbling actually. To consider those who have gone before me. And it’s humbling to look at the challenges the church faces today. Is it a terrible time to become a minister? No, I don’t think so. All times are terrible and wonderful – but I’m finally convinced that it’s finally my time. And as I join the ranks, I thought about what my contribution might be to tackling the issues in the church.

I don’t believe that Christian Orthodoxy needs to be reconstructed to fit the modern age. More and more young people are looking for meaning (Steve McAlpine), something solid and transcendent. But if people find those churches, and discover that it’s a club for perfecting your holiness-image. They are an authentic bunch, and they can smell fakes. I strive to be a minister that facilitates a real authentic community, where we teach the terrible beauty of our scripture that run deep with meaning and truth – and share how my failures to live up to them is not the end or the story, but the beginning of Christ’s.

When I think of my kids being the victims of abuse – my blood boils with both fear and anger. It is the greatest shame of the church. We failed, we failed, we failed. Christ have mercy. It must never happen again. We must do better. I vow to never repeat the mistakes of the past here .

But this is not the only abuse that happens in the church. I hear story after story, and I have witnessed it firsthand. Leaders using control and manipulation to force people to behave a certain way. Women and men alike. Rockstar preachers might have been able do that kind of thing, but you can’t have the kind of authentic gospel communities that bring healing and growth to people’s faith and lives.

Pastor Steve has a simple philosophy about church. He calls it ‘simple church’. We don’t have programs, we don’t do complex setups. It can all be packed away in ten minutes at a stretch. And we focus on getting the simple things right. Community. Prayer. Food. The gospel. None of it is rocket science.

I often used to imagine preaching new messages never preached before, unearthing hidden meaning in passages that had never seen the light of day – to the acclaim of the congregation and pastors! But, its amazing how your tastes change when your diet does too. And in this busy modern life, who doesn’t crave simplicity?

So… ‘going pro’? Hardly. Professionals suck at all the important things that church is good at, sharing failures, building community, being authentic. But I can point you to the real Pro, and I’ll settle for ‘going hack’ maybe? And all things considered, I’m excited about the faith put in me by the congregation and leadership. It truly is an honour, and I hope to live up to the trust placed in me. Trust indexes be damned!

And if you’re interested in attending, message me. All are welcome and the Potjie is delicious. 🙂