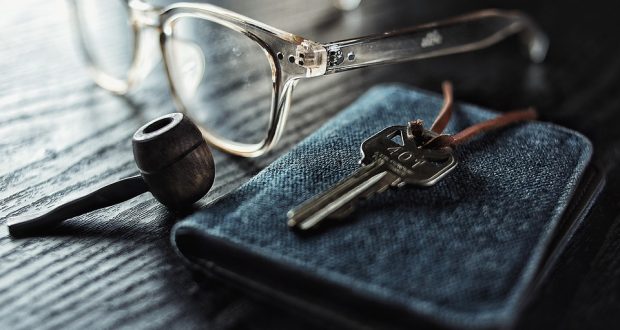 It’s all about Jesus: Learning to Read the Bible with Gospel-Centred Lenses #1

For the last 20 years of pastoral ministry my life has revolved around studying and teaching the Bible in some way or another. It is actually easy to become over familiar with Scripture to the point of almost “immunizing” yourself to the main message, you know, not been able to see the forest for the trees!

I have found reading different translations and using good study materials are all helpful in avoiding this. However several years ago the Holy Spirit really used the Jesus Storybook Bible (by Sally Lloyd-Jones) to awaken my heart to the grace of God in a fresh, new and exciting way. To help me understand in a simple but profound way that the Bible really is, ALL ABOUT JESUS!

In the opening story, The Story and the Song,  Lloyd-Jones says it this way:

“Now, some people think the Bible is a book of rules, telling you what you should and shouldn’t do. The Bible certainly does have some rules in it. They show you how life works best. But the Bible isn’t mainly about you and what you should be doing. It’s about God and what he has done. Other people think the Bible is a book of heroes, showing you people you should copy. The Bible does have some heroes in it, but (as you’ll soon find out) most of the people in the Bible aren’t heroes at all. They make some big mistakes (sometimes on purpose). They get afraid and run away. At times they are downright mean. No, the Bible isn’t a book of rules, or a book of heroes. The Bible is most of all a Story. It’s an adventure story about a young Hero who comes from a far country to win back his lost treasure. It’s a love story about a brave Prince who leaves his palace, his throne — everything— to rescue the one he loves. It’s like the most wonderful of fairy tales that has come true in real life!”

On one hand, the gospel could be summed up in one word: Jesus. Jesus really is the good news, He is the gospel! On the other hand it takes the whole Bible from Genesis to Revelation to tell the gospel story. The whole Bible really points to Jesus, therefore when we read our Bibles, we really need to have our “gospel lenses” on if we are to understand, appreciate and apply the Bible’s message to our lives and community well.

In Luke 24, when the two disciples on the road to Emmaus review the career of Jesus in verses 20 – 21, they put the word “but” between his crucifixion and his redemption. They were saying, “He was crucified but we had hoped that he was the one who would redeem Israel…”

In other words, they thought that Jesus’ death had derailed his redemptive work. In response, Jesus basically rebukes them. “He said to them, “How foolish you are, and how slow to believe all that the prophets have spoken! Did not the Messiah have to suffer these things and then enter his glory?”” (Luke 24:25–26, NIV)

Why were they so blind? Jesus says they did not believe “all that the prophets have spoken!”

“And beginning with Moses and all the Prophets, he explained to them what was said in all the Scriptures concerning himself… He said to them, “This is what I told you while I was still with you: Everything must be fulfilled that is written about me in the Law of Moses, the Prophets and the Psalms.” Then he opened their minds so they could understand the Scriptures.” (Luke 24:27, 44-45, NIV)

Traditionally, the Old Testament is considered to have three parts — the Law (the five books of Moses), the Prophets, and the Wisdom Literature (here referred to by its chief book, the Psalms). Thus Jesus sees himself as the fulfillment of it all. Literally everything in the Bible is about him or points to him as he tells the Pharisees and Teachers of the Law in Johns Gospel. “You search the Scriptures because you think they give you eternal life. But the Scriptures point to me!” (John 5:39 NLT)

Dick Lucas, the former senior pastor of St. Helen’s Church in London gave the following illustration in one of his sermons:

“Imagine early Christians talking to their neighbours in the Roman Empire. ‘Ah,’ the neighbour says, ‘I hear you are religious! Great! Religion is a good thing. Where is your temple or holy place?’ ‘We don’t have a temple,’ replies the Christian. ‘Jesus is our temple.’ ‘No temple? But where do your priests work and do their rituals?’ ‘We don’t have priests to mediate the presence of God,’ replies the Christian. ‘Jesus is our priest.’ ‘No priests? But where do you offer your sacrifices to acquire the favour of your God?’ ‘We don’t need a sacrifice,’ replies the Christian. ‘Jesus is our sacrifice.’ ‘What kind of religion IS this?’ sputters the pagan neighbour. And the answer is, this Christian faith is so utterly different than how every other religion works that it doesn’t really deserve to be called a ‘religion.”

Jesus fulfills the Prophets, who said the Messiah will be God (Isaiah 9), and will suffer and be killed (Isaiah 53).

Jesus fulfills all the ceremonial law since he is the sacrifice, the priest, and the temple to which all the rituals pointed.

Jesus fulfills the moral law for he alone lived it personally, exemplifying righteousness and doing it all as our substitute, satisfying its just requirements for us.

Jesus even fulfills all the history of the Bible: he is the true prophet, the true priest, the true king to which all prophets, priests, and kings point. He is the seed of Abraham, David’s greater son, the true Jonah greater than Jonah, the true Solomon greater than Solomon.

In other words, the Bible in its entirety is all about Jesus and the basic message of the Bible is that the Messiah has to suffer to redeem all that was lost and renew God’s kingdom on earth again!

Steve Poisat is the proud father of two young adult men, a keen surfer and fisherman, an aspiring theologian and founding pastor to Redeemer Gospel Community church in Perth, Western Australia. He has been instrumental in exposing many to the gospel, biltong and good beer.