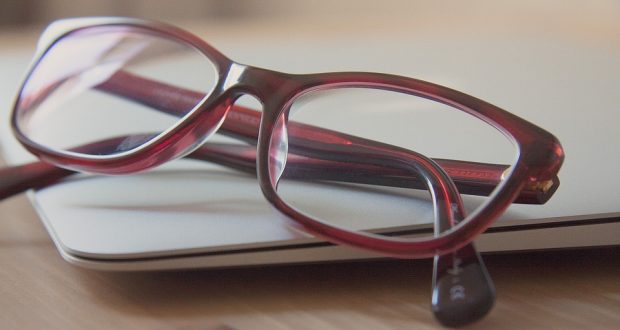 It’s all about Jesus: Learning to Read the Bible with Gospel-Centred Lenses #4

Let us apply the gospel lens to a most famous Bible story: David and Goliath. (Credit to Tim Keller whose sermons at Redeemer Presbyterian Church in New York have informed most of these reflections as well as Graeme Goldsworthys’ writings, esp. ‘Gospel and Kingdom’)

If you are not familiar with the basic plot line of the story it will be worth taking a read now in 1 Samuel 17.

If you look at the story in itself, apart from the context of the rest of the Bible — then what is its main message or teaching to the reader?

If you look at the story as part of the Bible’s overall story — about how God is at work and saves us by grace through Christ — then what is its main message or teaching?

The well-known story of David and Goliath is a heart stirring account of courage and faith in God in the face of overwhelming odds. David is just a teen and has no great physical power, position or prestige, but he is still able to slay the giant.

In itself, the story is a clear call to the reader to be brave, to have faith in God, and to face the giants of life steadfastly. It is truly inspirational and worth it’s weight in gold just as it is!

But if we study an individual Bible story without seeing how it fits into the Bible story as a whole (the good news about God saving the world through Christ), we actually change the meaning of the particular event for us.

On it’s own, out of the context of the whole Bible, the story could become a moralistic exhortation to “try harder” and have more faith to take on your giants, rather than a call to live by faith in the finished work of Christ.

If I read David and Goliath as an example, then the story is really about me. I must summons up the faith and courage to fight the giants in my life.

But there is another way to read it. We have to ask, “Why did the Holy Spirit have this account preserved in the Bible?”

In Luke 24 Jesus tells us that everything in the Scriptures is there because it tells us something about him and our salvation. Let’s ask the question: “How does David in this story point to the ultimate King and deliverer, Jesus?”

As soon as we begin to interpret the smaller story of David in light of the overall Biblical story of God at work — we notice some striking similarities:

So like David, Jesus saves his people by grace, giving them a victory that they didn’t raise a finger themselves to earn.

To the degree I rejoice and grasp deeply that Jesus fought the real giants (sin, law, satan and death) for me — the only giants that can truly hurt me — to that degree will I have the courage to be able to fight the ordinary giants in my life (suffering, disappointment, failure, criticism, hardship).

To conclude this series on reading the Bible through gospel-centred lenses, we must see that the Bible is not a collection of “Aesop’s Fables;” it is not a book of virtues. It is a story about how God is at work to save us.
If we read it as primarily about Jesus and what he has done for us, we will get the power we need to live like him in this world.

How does your story find its true meaning in light of Gods Big Story?

To find that out you must start with understanding the Big Story.

“…the whole story of the world—and of how we fit into it—is most clearly understood through a careful, direct look at the story of Jesus. My purpose here is to try to show, through his words and actions, how beautifully his life makes sense of ours.” Tim Keller

We have to live with the understanding that the Big Story is about Jesus and what he has done to redeem us, bringing us into His kingdom, which is where we then find meaning and purpose for our story.

Where do you go to get the courage and power you need to be able to fight the ordinary giants in your life – like suffering, disappointment, failure, criticism, hardship?

I pray you go to the Bible which will in turn point you to Jesus whose victory can become your victory by grace and through faith in Him!

Steve Poisat is the proud father of two young adult men, a keen surfer and fisherman, an aspiring theologian and founding pastor to Redeemer Gospel Community church in Perth, Western Australia. He has been instrumental in exposing many to the gospel, biltong and good beer.